PAUL: Born in Lille, and proud of it! 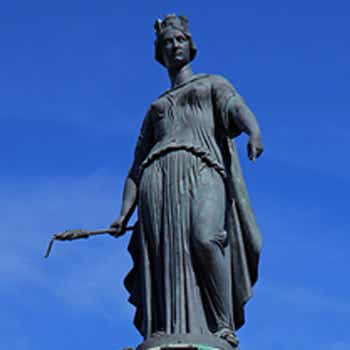 Tarte au sucre (sugar tart)?  Pain Platine? (white bread)?   Have you ever wondered about the origin of these recipes, popularized throughout France - and beyond - by PAUL?

The answer is simple.  PAUL was born in Lille, in Flanders, a country of hops and golden wheat, and we remain deeply attached to this warm region that shares numerous culinary traditions with its Belgian neighbours.

Sweet delicacies to discover at PAUL

The Tarte au sucre can be found everywhere in Lille.  It’s a brioche disc, covered in melted butter, egg and sugar.  Enjoyed as early as the sixteenth century, you can even see it in some of Brueghel’s paintings, such as ‘The Wedding Feast’ (1568)!   A good ‘chti’ (abbreviation of chtimi, a local dialect word for a native of Northern France) would eat this for breakfast, as a dessert or at teatime.

The Cramique – called Kramiek in Flemish, it’s popular throughout Belgium as well as in Northern France.  The Cramique loaf can be eaten at breakfast, at teatime and even goes well with foie gras.  PAUL offers several traditional recipes for this loaf: Cramique with sugar, Cramique with sugar and raisins and even a chocolate version.

Pain Platine – this white loaf is one of our best sellers at PAUL in France.  Much loved for its soft, dense crumb, this moulded loaf owes its name to the metallic colour of the original bread moulds in which it was baked.  It’s ideal for making sandwiches.